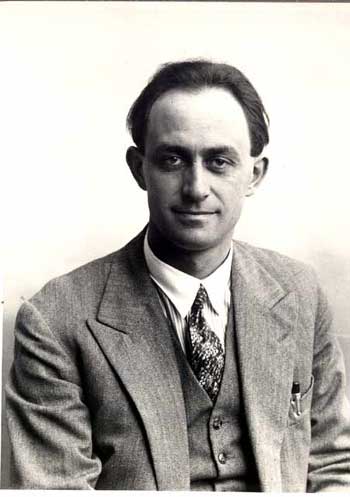 Enrico Fermi (Nobel prize in physics 1938) is worldwide recognized as one of the greatest scientists of any time. After Galileo Galilei, Alessandro Volta and Guglielmo Marconi, he is without doubt the italian physicist who gave the most important contributions to physics.

Many people know that Fermi studied in Pisa, attending the University and the prestigious Scuola Normale Superiore, but a few people is aware of the fact the he started his academic career in Florence.

Shortly after graduating in physics, he became professor of analytical mechanics (Meccanica Razionale) and mathematical physics (Fisica Matematica) at the University of Florence (at the School of Engineering and at the School of Physics, respectively), in the years 1924-1926. He joined the Arcetri Institute of Physics, directed at that time by Antonio Garbasso, a former student of Heinrich Hertz and Hermann von Helmholtz. Fermi established his residence in via Pian dei Giullari 63/a (it is worth noting that this address is very close to the house of Galileo in Arcetri). 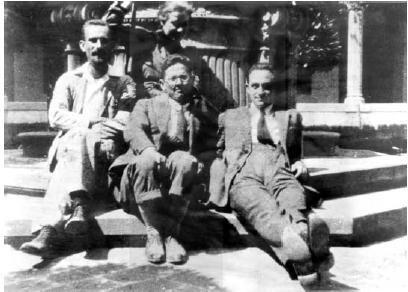 The notes of the course of analytical mechanics remain in a manuscript written by two of Fermi’s students and are conserved at Temple University in Philadelphia, Pennsylvania.

The notes on electrodynamics of the course in mathematical physics are available in three copies. The original notes are probably those of the copy conserved at the University of Chicago, donated by Fermi’s wife Laura in 1955.

During this short but very intense period, he developed in early 1926 his famous statistics that nowadays is known as Fermi-Dirac statistics, since Dirac found the same results in October of the same year. Fermi wrote to Dirac to establish his priority that was recognized by Dirac. The statistics is a fundamental milestone in the history of physics, and is the base of the modern semiconductors devices, namely your mobile phone and computer.

On December 4th 2015, the IEEE (Institute of Electrical and Electronics Engineers), unveiled a milestone in the main hall of the School of Engineering of the University of Florence, at the presence of the Rector. 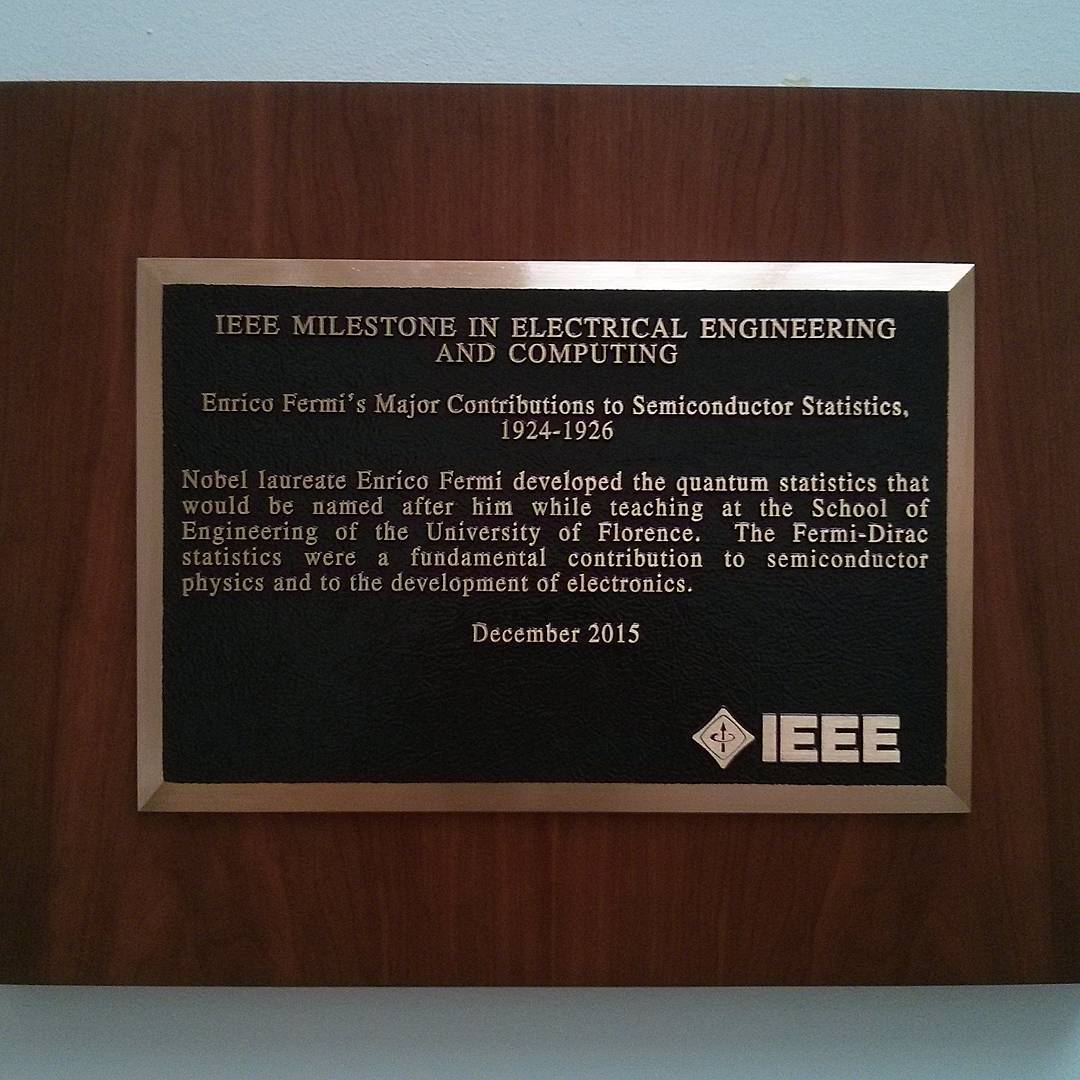 Fermi’s IEEE milestone at the School of Engineering, University of Florence

The milestone is the fourth in Italy; the others are in Como (dedicated to the invention of the voltaic pile by Alessandro Volta) and in Pontecchio Marconi (two milestones dedicated to the early experiments on wireless telegraphy by Guglielmo Marconi).

[5] L. Fermi, Atoms in the Family. My life with Enrico Fermi, Chicago, University of Chicago Press, 1954.

Create a website and earn with Altervista - Disclaimer - Report Abuse